Sri Lanka a country responsible for a proud history, holds some of world’s ancient cities including Anuradhapura and Polonnaruwa, their once glorious townships, palaces, temples, monasteries, hospitals, and theaters intricately carved and modeled out of stone lay and abandoned and forgotten with time amidst the soaring jungles.

Among the ancient cities of Lanka, the most famed and most exquisite is the Kingdom of Anuradhapura. Sri Lanka’s third and the longest serving capital and one of the oldest continuously inhabited cities in the world is also one of the most sacred cities of World Buddhists. Sigiriya, a fifth century AD fortress and a water garden display some of the most futuristic elements of landscaping and some of the oldest murals recorded in the country.

Polonnaruwa, the second most ancient kingdom of the country boasts of Irrigation systems that are far superior to those of them and they still provide irrigation water to the farmers in and around Polonnaruwa. Sri Lanka’s last kingdom the Kingdome of Kandy is a testament to the Sri Lankan’s ability to pick up and rise from ashes. After being burned and ravaged more than thrice by the invading Portuguese the Kandyan Kingdom still holds beautifully carved and built houses, palaces, and temple preserved for nearly 500 years. 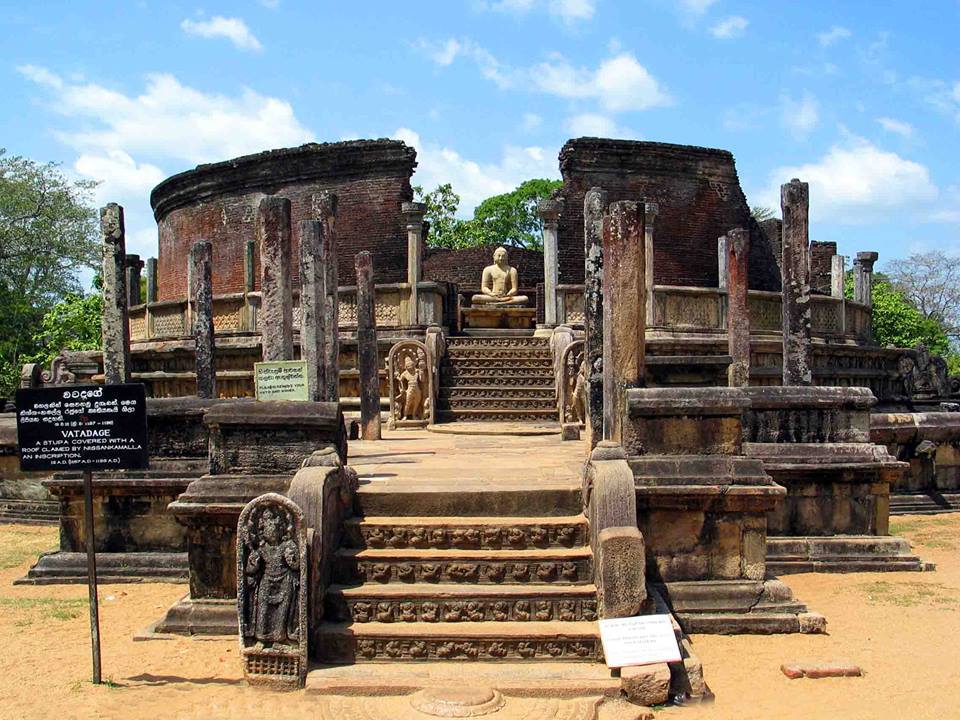 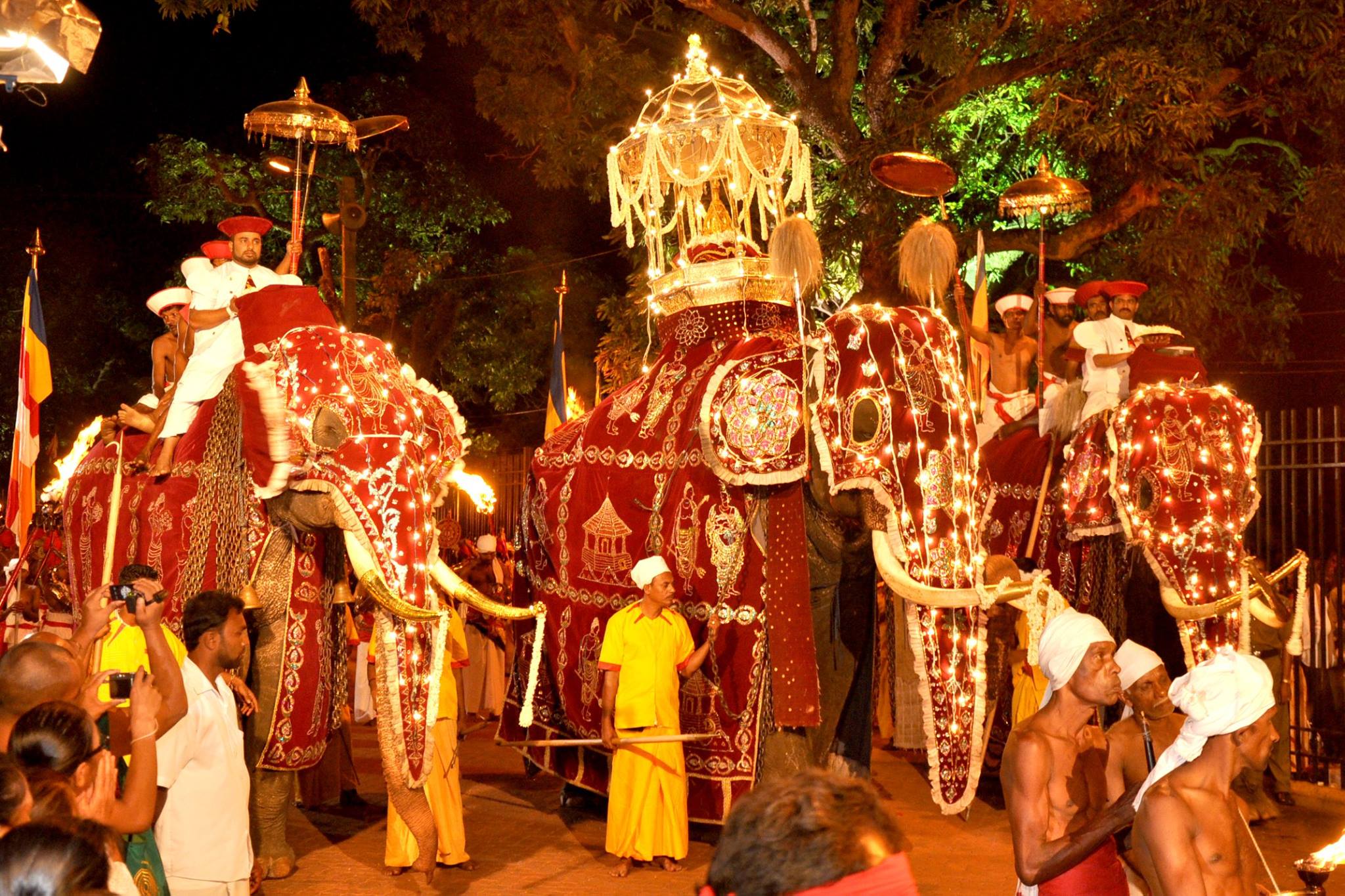 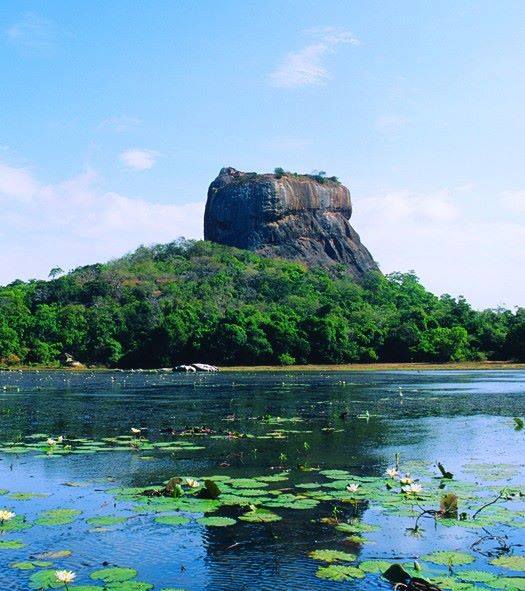 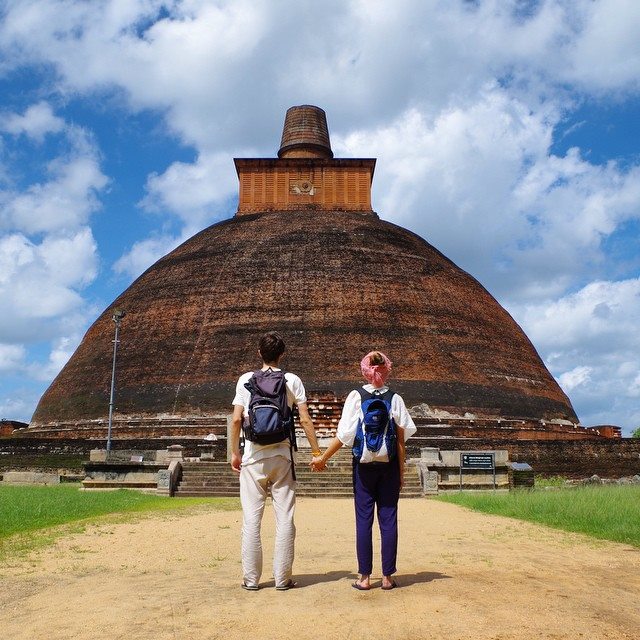 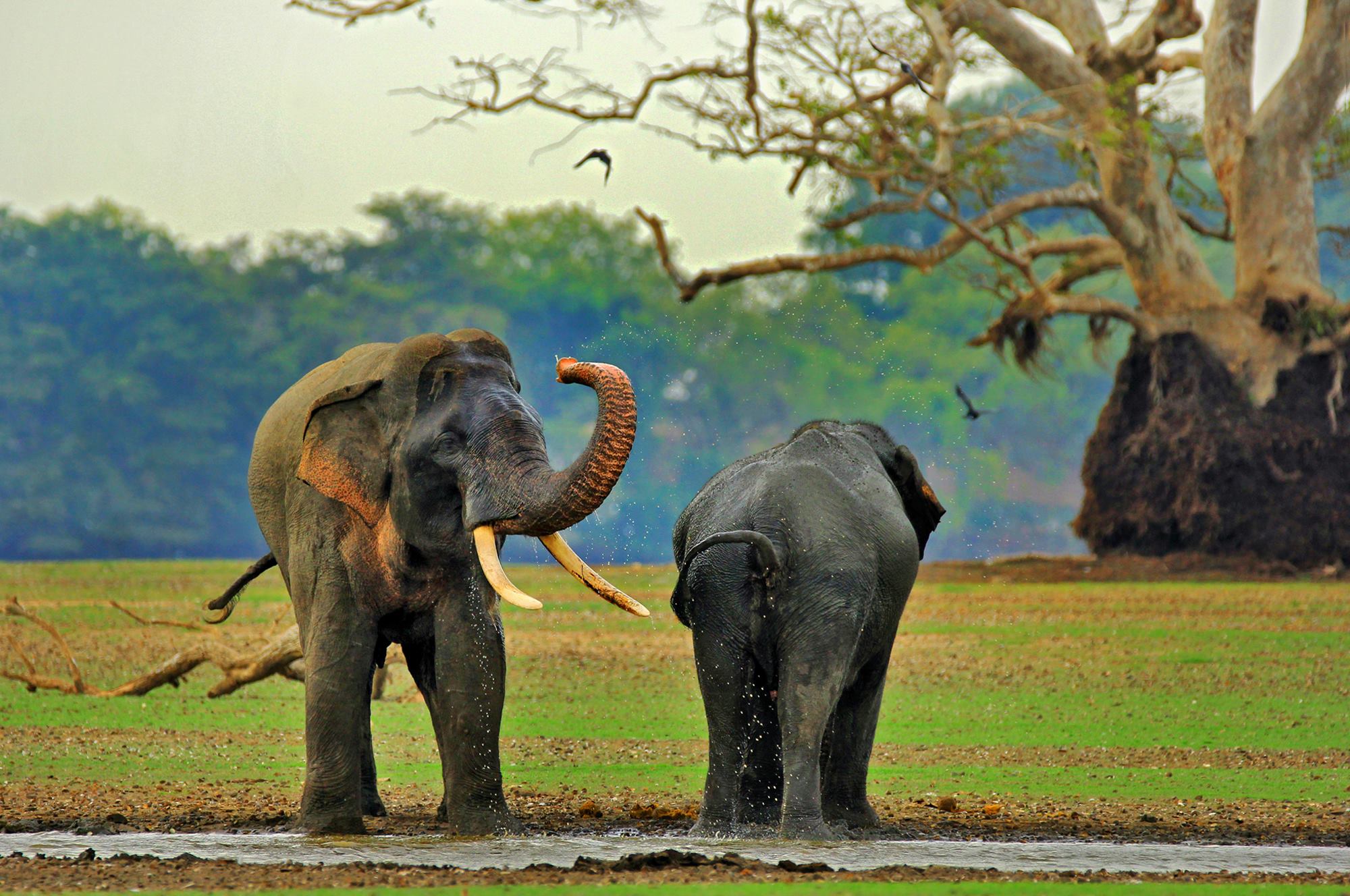 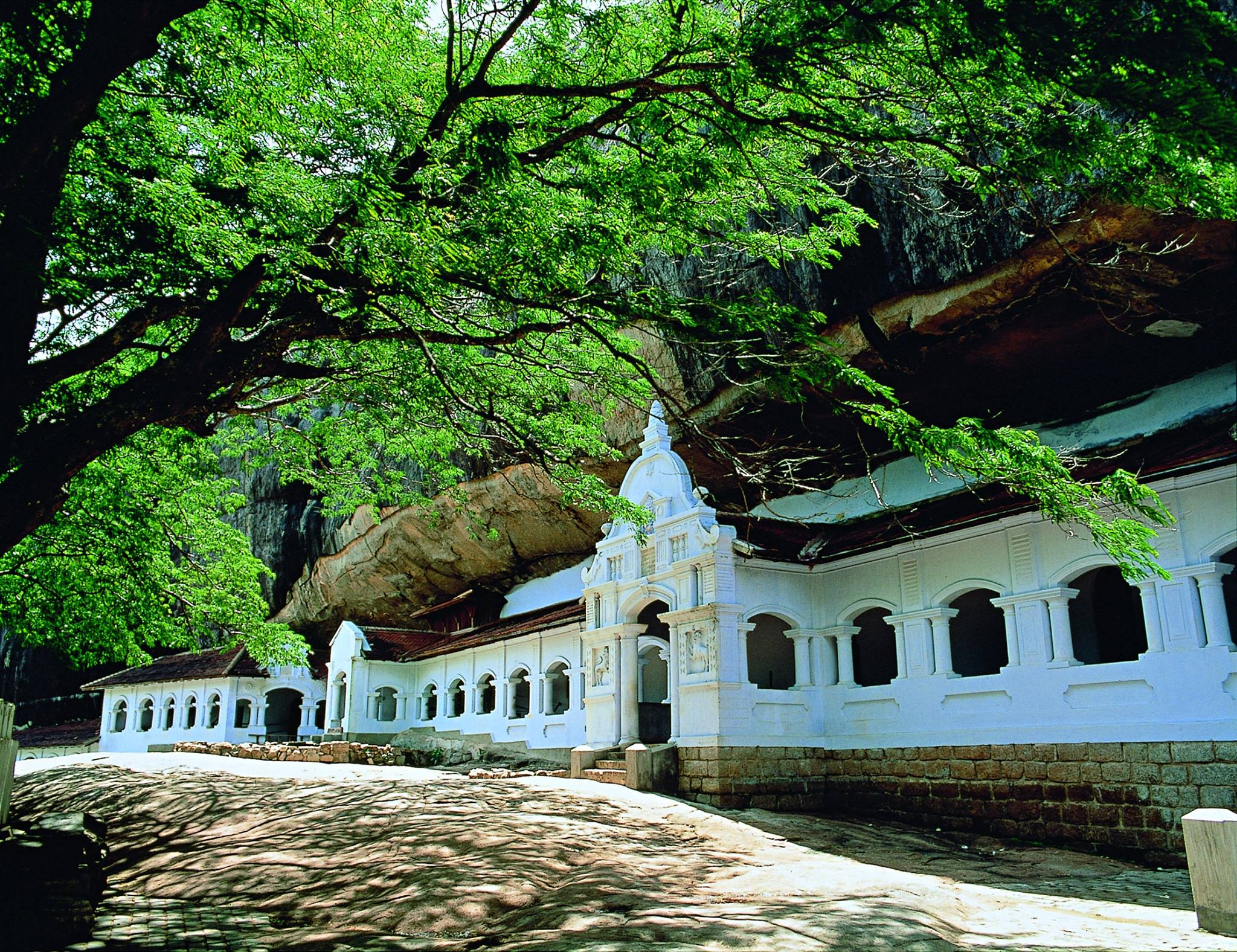 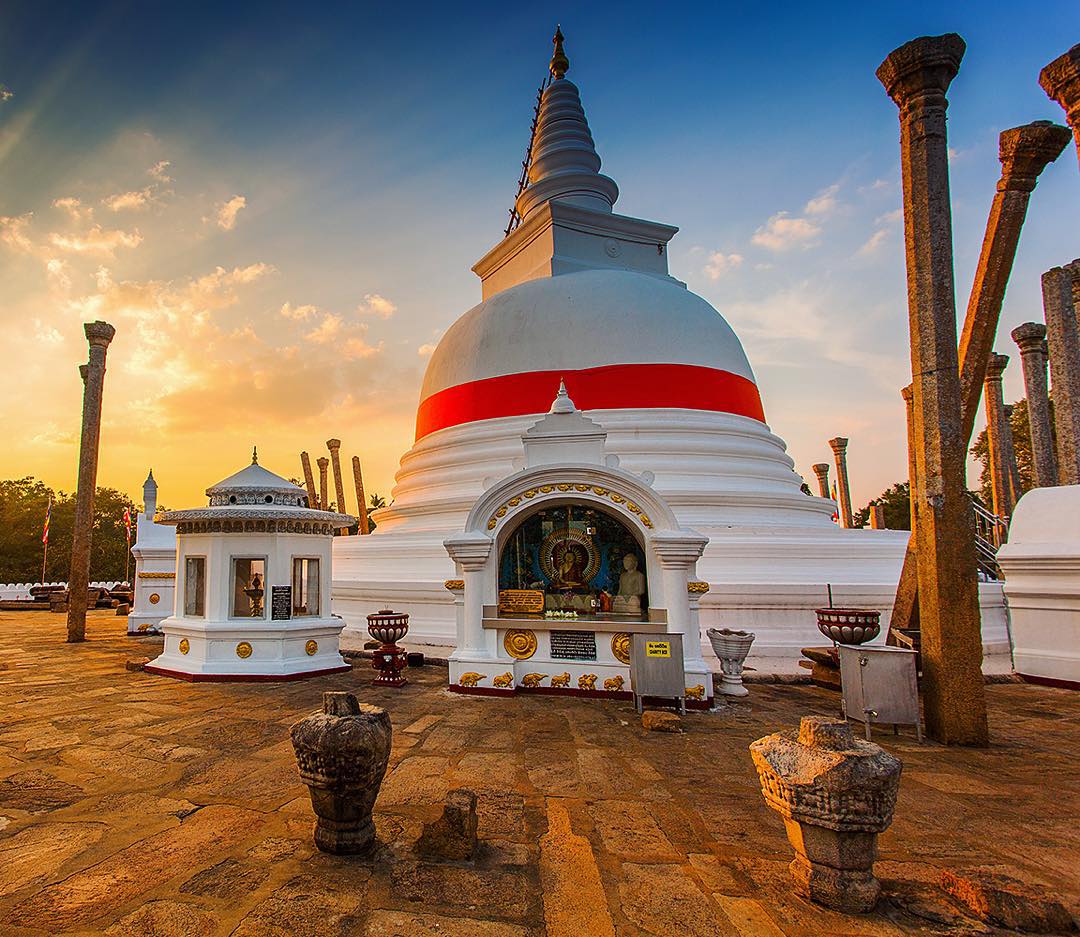 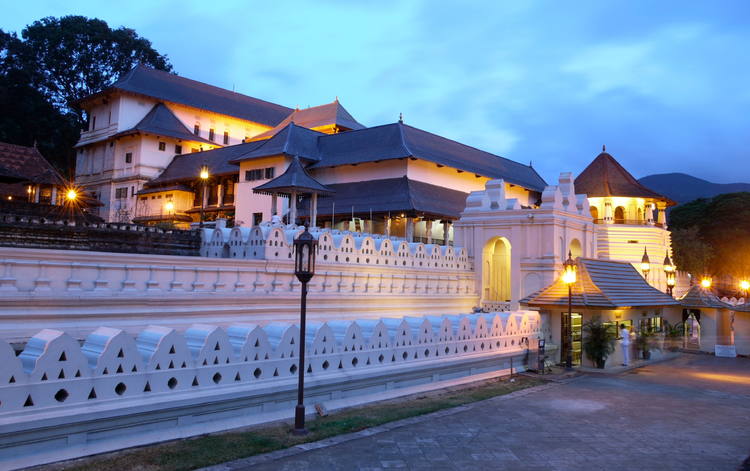 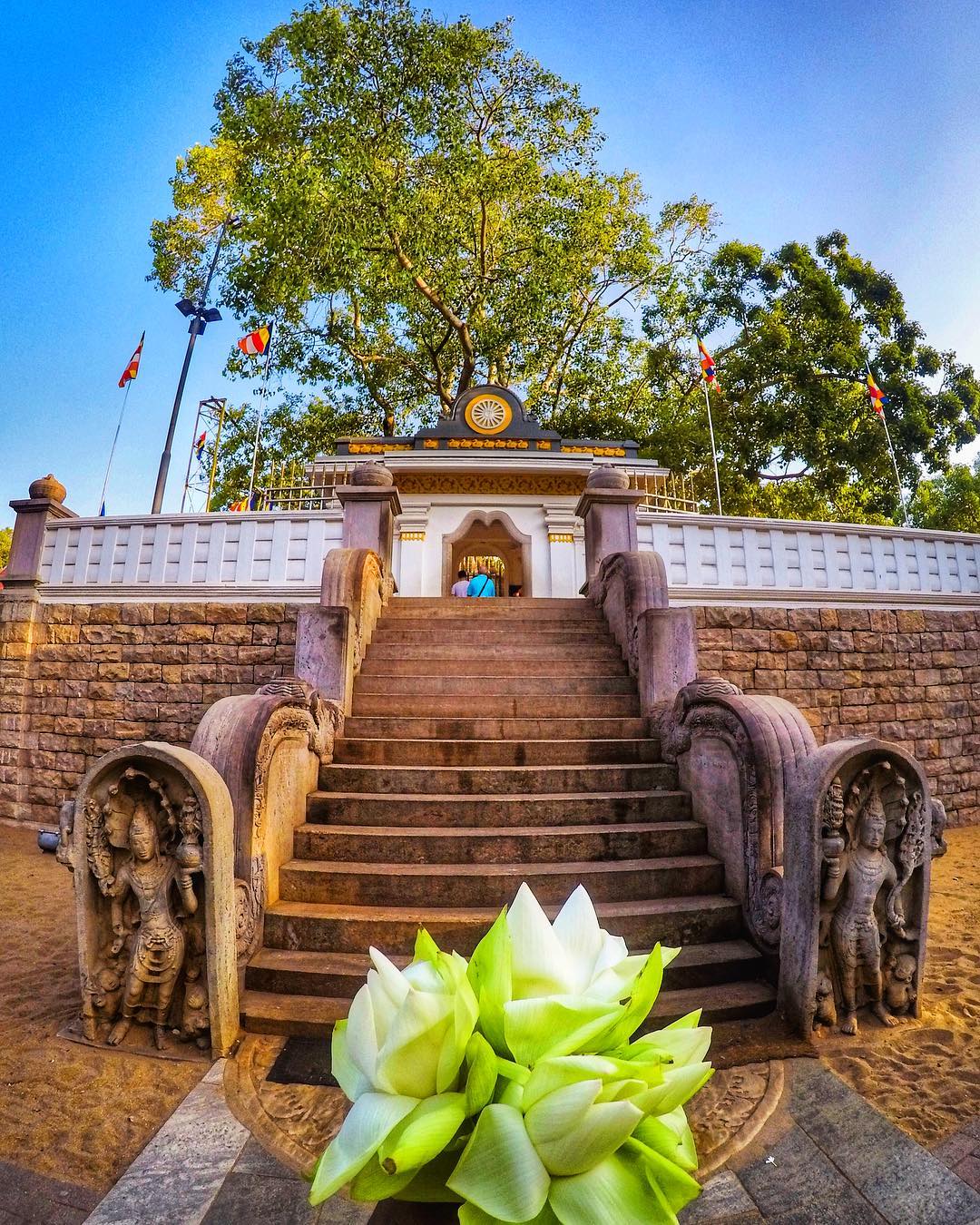 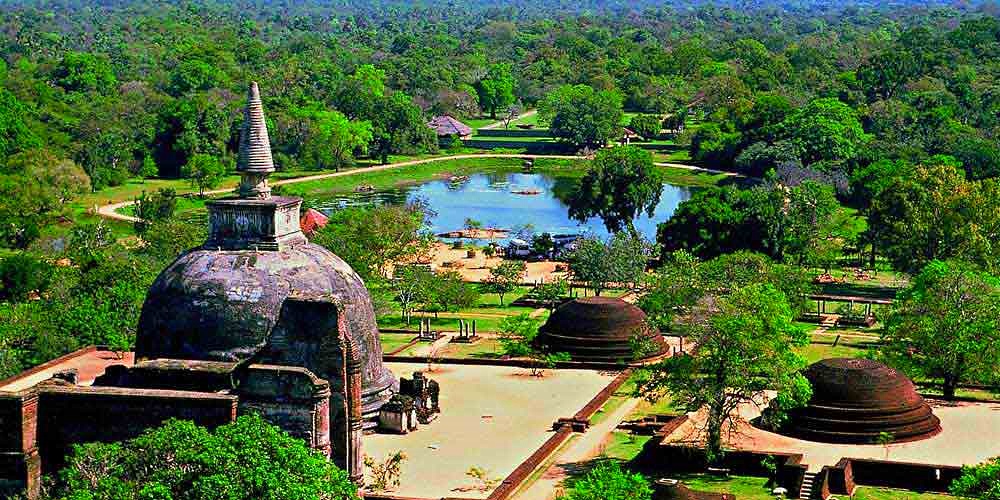 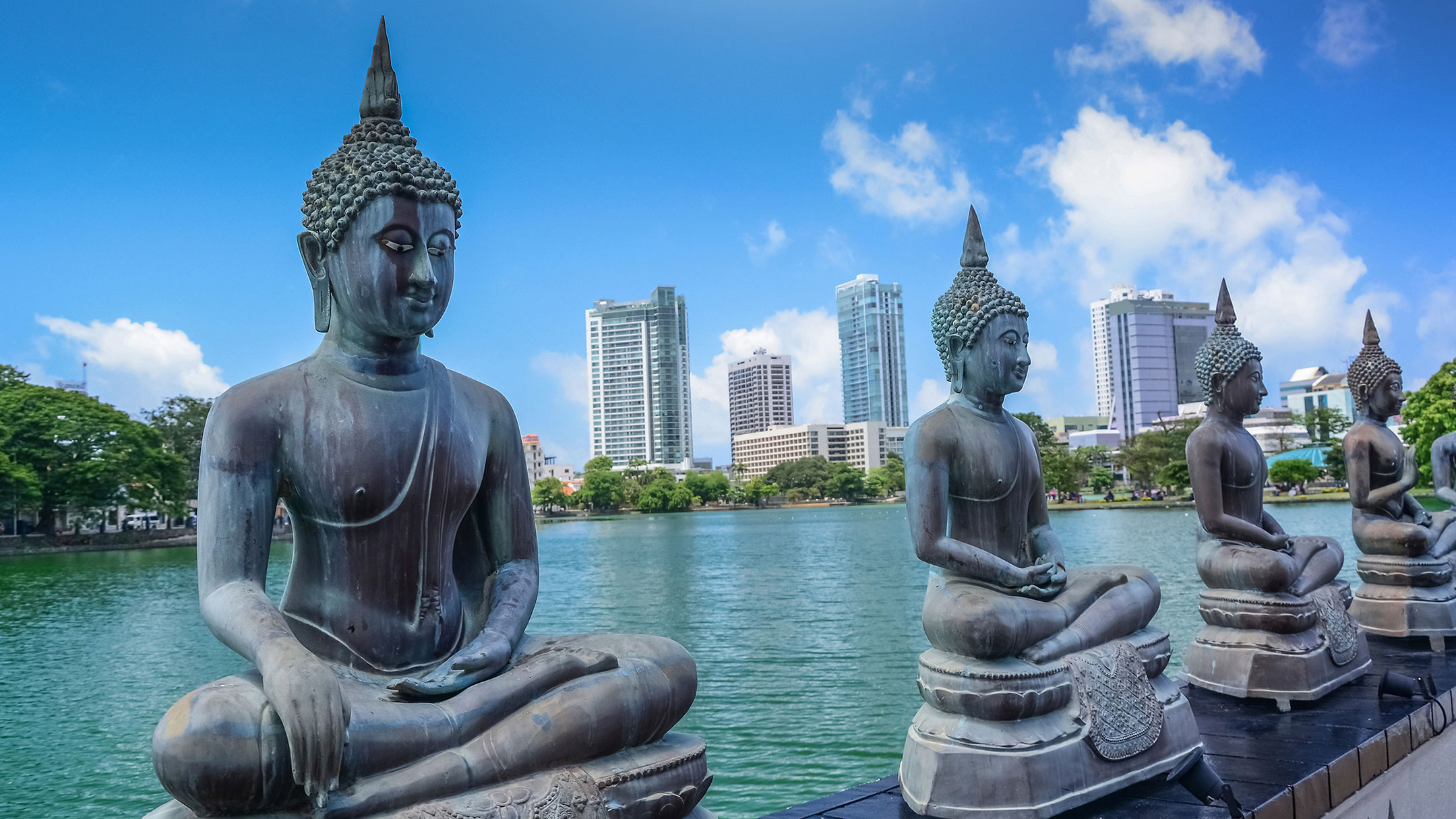 Day 01 Airport > Negombo
“Ayubowan” on arrival at Bandaranayake International Airport, you will be blessed to get your first taste of warm Sri Lankan hospitality; Representative from Lanka Visit Travels will welcome you at the Airport & transfer to Negombo.
Negombo is a traditional fishing town in Sri Lanka where you can find wide sandy beaches and the safe sea after few minutes’ drives from Bandaranayke International Air Port. You can see fish auctions, fish market and fisherman pulling nets to the shore. Don’t forget to visit Negombo Lagoon, Dutch Fort and spend your evening with admirable sunset at the beach.
Day 02 Negombo > Anuradhapura
Anuradhapura, Sri Lanka’s third and the longest serving capital and one of the oldest continuously inhabited cities in the world is also one of the most sacred cities of World Buddhists. This is the city of ancient ruins where you can obtain an in-depth exploration of the history of Sri Lanka. You can spend your time among fascinating ancient ruins include huge bell-shaped stupas built of small sun-dried bricks, temples, sculptures, palaces, and great man-made reservoirs. In addition, you can visit Sri Maha Bodhiya, the oldest living tree in the world.
Day 03 Anuradhapura > Polonnaruwa
Polonnaruwa, the second most ancient kingdom of the country was first made the political center of the country in the ninth century BC. Today the ancient city of Polonnaruwa remains one of the best planned archaeological relic sites in the country, a testimony to the discipline and greatness of the Kingdom’s first rulers. During the Polonnaruwa visit, you can observe an advanced irrigation system including the largest man-made reservoir “Parakrama Samudraya” which still provides irrigation water to the farmers in and around the area.
Day 04 Polonnaruwa > Habarana
Habarana is a popular tourist destination for safari lovers due to the nearby National Wild Life Parks; Kaudulla, Minneriya, and Hurulu wewa Eco Park, which has a huge population of elephants. Here you can have an unforgettable experience of elephant safaris that cut through the lake into the forest. Within a few minutes from Habarana city, you can reach Ritigala Monastery and nature reserve which is rich in both historical and natural value.
Day 05 Habarana > Sigiriya
Sigiriya a world heritage site and the “Fortress in the Sky” which is perhaps the most fantastic single wonder of the Island. Sigiriya rock was a royal citadel for nearly twenty years and this great exciting site is nearly one hectare in extent. This fortress in the shape of a lion is a masterpiece of ancient architecture. Sigiriya has been made famous throughout the world for the frescoes on its rock wall and advanced water system.
Day 06 Sigiriya > Dambulla > Mathale > Kandy
Dambulla, an archaeological and historical site with a history of extending from prehistoric time from the modern era. You can visit Dambulla Cave Temple which is a UNESCO World Heritage Site where five caves located under an overhanging rock, carved with a drip line to keep interiors dry. Inside the caves, the ceilings are painted with religious images and you can experience the rock climbing here.

Matale, a relatively small town in between Kandy and Dambulla where you can find many species gardens along the road. During the visit at species gardens, you can observe Cinnamon, Cardamom, Pepper Creepers, and all other spice trees, plants and creepers. Spice products are also available for you if you wish to buy them.  You can visit Rewerston and the mini world end, beside the Knuckles mountain. Along this nature trail, you can feel the freshness of nature and capture the extremely picturesque area surrounded by blue mountains.

Day 07 Kandy
Kandy, a world heritage city, the capital of the Central Province and Sri Lanka’s most visited tourist destination. Kandy is in the middle of the mountains and its beauty is enhanced by the lake and the river Mahaweli and the Royal Botanical Garden Peradeniya. To the Buddhist of Sri Lanka and the World, Kandy is one of the most sacred sites as it is the home of the “Dalada Maligawa” – Temple of the Sacred Tooth Relic of Lord Buddha.
Day 08 Kandy > Pinnawala > Colombo
Pinnawala, where you can see the largest herd of captive elephants in the world at a single place. Pinnawala Elephant Orphanage is an orphanage, nursery and captive breeding ground for wild Asian elephants located at Pinnawala village. The orphanage was founded to care and protect the many orphaned unweaned wild elephants found wandering in and near the forests of Sri Lanka.
Day 09 Colombo > Kelaniya
Colombo- The capital of Sri Lanka, which has a long history as a port on ancient east-west trade routes. That heritage is reflected in its architecture, mixing colonial buildings with high-rises and shopping malls. The imposing Colombo National Museum, dedicated to Sri Lankan history, borders sprawling Viharamahadevi Park and its giant Buddha.
Day 10 Colombo > Departure
Transfer to Colombo airport for departure in time for your departure flight.